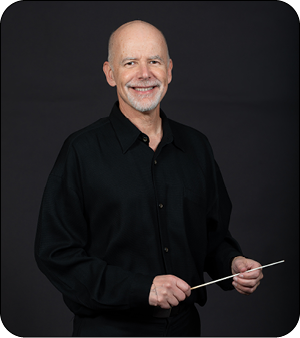 Newly appointed in 2022 as Music Director for the Merrimack Valley Philharmonic Orchestra, David Feltner brings a wealth of experience to the position. Equally, at home in the symphonic and operatic worlds, he has served as Associate Conductor and Chorus Master for Boston Lyric Opera and Cover Conductor for Keith Lockhart and the Boston Pops.

He is in his twenty-third season as Music Director of the Chamber Orchestra of Boston, a group that has won accolades from audiences and critics alike for its polished performances and innovative programs. He has been thrilling audiences in New Hampshire for the past seventeen seasons as Music Director of the Nashua Chamber Orchestra, where his leadership caused music critic Jeff Rapsis to write: “Conductor David Feltner brought the Nashua Chamber Orchestra to new places.” He is also the Music Director for Sempre Musick, an organization that provides opportunities for talented young musicians to perform with professional orchestras.

An enthusiastic advocate for the music of our time, Mr. Feltner has conducted numerous premieres and works by dozens of living composers, from Anaís Azul to Ellen Taaffe Zwilich. Mr. Feltner is also an accomplished violist and composer and has performed with the Boston Symphony Orchestra, Boston Pops, Boston Lyric Opera, Boston Modern Orchestra Project, Yamagata (Japan) Symphony, New York City Opera, and Palm Beach Opera, among others. His recent orchestral compositions include Dreams and Awakenings and Piccolo Concerto. 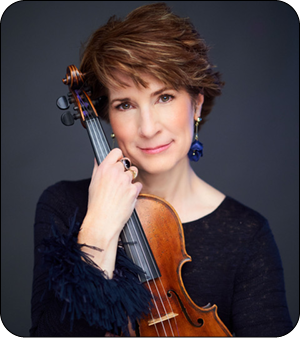 Jennifer is the President of the Merrimack Valley Philharmonic Orchestra (MVPO) and has been performing as a violinist with the Orchestra for over 25 years. She has also served on the Board of Directors since 2011. Studying under Marianne Wallenberg and Nathan Raboy in Binghamton, NY, Jennifer has continuously played violin since age 9. Inspired by her grandfather, who was also a violinist, she continued playing with the Binghamton Youth Symphony and later performed alongside Eastman School of Music students at Rochester Institute of Technology during her college years. Jennifer has a BS in Packaging Science and has worked in Fortune 500 companies involving the military, food, and medical industries. She is now a freelance artist, playing violin, acting, singing, and dancing in various organizations throughout the Merrimack Valley. She also performs with the Firebird Pops, with many theater pit orchestras on the North Shore, and with an Irish Rock band – the Hooligan Saints! Jennifer also can be found on and off stage with Firehouse Center for the Performing Arts, Acting Out! Theater Company, and with Voices of Hope, fighting cancer one song at a time. Jennifer currently plays Principal 2nd Violin with the Orchestra. 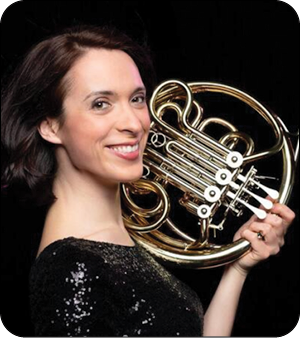 Dr. Angela DiBartolomeo is a member of the MVPS Board. She received her DMA in horn from Boston University in May 2022 and is the International Horn Society area representative for New Hampshire and Massachusetts. She has performed with the Candlelight Processional Orchestra at Walt Disney World, the Lexington (MA) Symphony, Plymouth (MA) Philharmonic, Vermont Symphony, New Hampshire Philharmonic, and MVPO.

Dr. DiBartolomeo currently resides in New York City. Most recently, she was the horn instructor at the University of New Hampshire and Plymouth State University. Before her Doctoral studies in Boston, Angela lived in Singapore, where she performed with the Singapore Lyric Opera, the English National Ballet, and Korean National Opera, among others. She has worked in arts administration with the New York Philharmonic, Boston Symphony, and Boston Pops and in artist management at Opus 3 Artists. She received her Master’s in Horn Performance from Boston University and her Bachelor’s degree in Horn Performance from the University of New Hampshire. 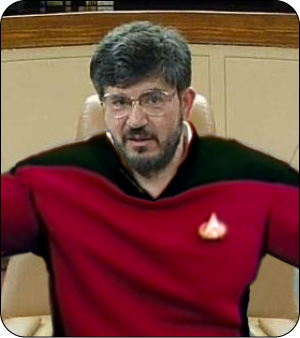 Chuck has a doctorate in computer science from UMass Lowell. He is a native of Newburyport and has spent much of his life in the Merrimack Valley.
He has led research into robotics, expert systems, graphics, and intelligent manufacturing as part of UMass Lowell’s Research Centers.
He currently works in Data Analytics for Market Basket and studies Artificial Intelligence, virtual reality, and the stock market in his spare time.
Chuck and his wife, Liz, currently reside in Plaistow. After moving there in 2003, they have fully immersed themselves in the community.
Through their three daughters, they have attended many dance recitals and competitions, musicals, concerts, and chamber music recitals.
His passion for the arts continues as he works towards creating virtual reality performances as a hobby that combines his love of AI and the arts. 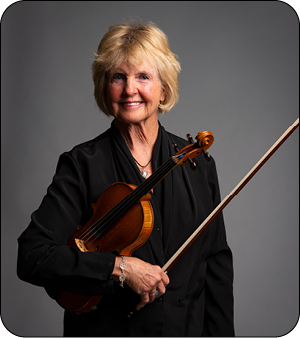 Since 1980 Diane Tiezzi has been a dedicated violinist in the Merrimack Valley Symphony Orchestra. She received a Bachelor of Science degree in Music Education from the University of Vermont. After 30 years of teaching music in Ct, MA, and NH, she retired in 2004 and then taught violin privately at the Portsmouth (NH) Music Arts Center through 2021. A long-standing MVPS Board of Directors member, Ms. Tiezzi has continuously served as Secretary and Scholarship Chair since 2008. Aside from music, Diane enjoys her family, traveling with her husband, gardening, swimming, and skiing where she is an instructor at a local ski area. 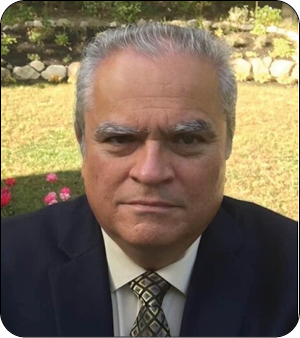 Bruno DelGreco is a licensed CPA in the state of New Hampshire and has retired from the Department of Defense following 37 years of civilian service. During that time, Bruno held many positions all dealing with auditing. Bruno also maintains a sole proprietorship serving business or individual tax and accounting needs since 1985. Bruno has served in the past as a board member, Treasurer, for a nonprofit organization and has also been actively involved with various groups and organizations within the community. More recently, Bruno is a co-owner of a landscaping company in North Andover where is he serves as Treasurer. Board Member since 2022.

Bruno’s experiences have helped him develop a level of patience, understanding and empathy. In doing so, he is able to relate to the words spoken by one of his favorite poets: 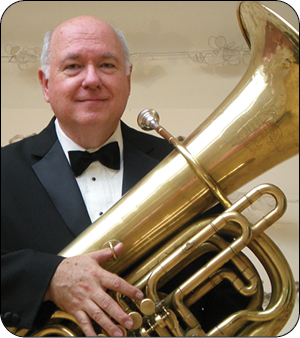 Clif Banner, tubist for MVPO, performs with four orchestras, three bands, and several small ensembles. Clif flew combat operations in Southeast Asia and served as an instructor-evaluator pilot in all models of the B-52 bomber, the T-39A Sabreliner, and several other aircraft during his military career. Serving in Strategic Air Command, the Joint Staff, and US Strategic Command, Clif had given up tuba playing for about 25 years before moving to Nashua. He supported defense acquisition projects with BAE Systems and designed many small business innovation research projects there. Clif resides in Nashua with his wife, Linda, an accomplished quilt artist and teacher, and they have two sons, Ben (a space operations engineer in CA) and Aleks (an artist-illustrator in NYC). 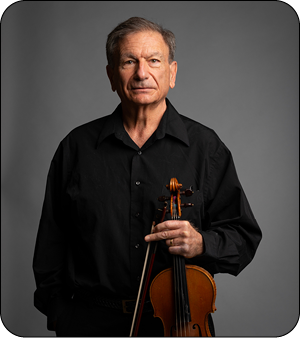 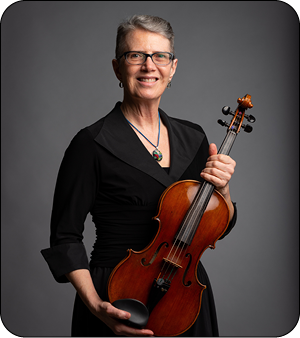 Alison Yankowskas, Co-Operations Manager and Principal Violist, joined MVPO in 1985 at the invitation of first violinist and current secretary Diane Tiezzi. Initially a member of the second violin section, Alison saw the need for violists and made the switch to that section the following season. She has been a featured violin and viola soloist with MVPO on several occasions and hopes to eventually perform Berlioz’s “Harold in Italy” with the orchestra. 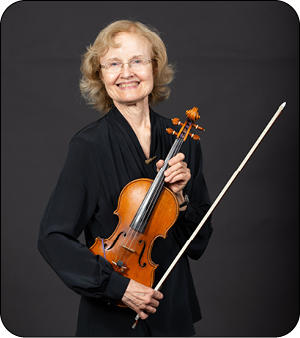 Marjorie Nelson has performed on violin with the MVPO for 50 years, and she was their former Concertmaster for more than 20 of those years and now serves as Librarian on the Board. She earned her Bachelor of Music Education at Lebanon Valley College (PA) and her Master’s Degree at the Boston Conservatory of Music. She has performed with the Harrisburg Symphony, Dover Symphony, Granite State Symphony, and free-lanced in the Boston area. Having previously taught in Delaware and Methuen, MA, Marjorie is now a retired strings specialist from the Timberlane School District. She lives with her husband in Salem, NH, next door to her two active grandsons and granddog. 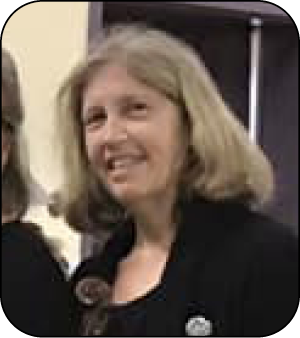 I started playing violin at the age of six. For numerous years, I attended Meadowmount School of Music and Juilliard Pre-College, where I met my future husband, Robert Portney. I played concertmistress in the Brown University Orchestra, and for the last 30+ years, I have played with the Merrimack Valley Philharmonic Orchestra. I am a Patent attorney specializing in biotech, and my true loves are my family and dogs. 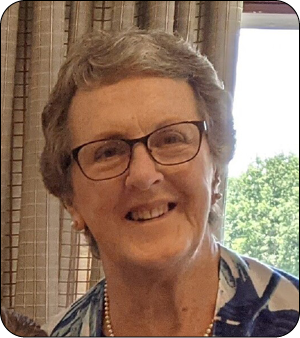 Bonnie Glazier graduated with an Associate degree in Business Sciences/Executive division from Champlain College. She worked as an Executive Administrative Assistant in nursing homes, home health agencies, and manufacturing companies, retiring from Watts Water Technologies, Inc. in North Andover. She studied piano and organ and served as organist of her home church during high school. Over the years, she continued to serve churches as organist and served as substitute organist in numerous churches in Vermont, New Hampshire and Massachusetts. She now sings with the Groveland Congregational Church choir and directs the church Chime Choir. 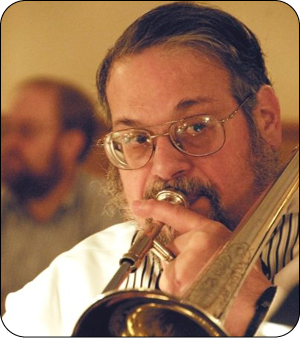 Bruce comes from Brooklyn where he started playing trombone in 5th grade. He played through High School, but had to put the trombone in the closet to get his degree in Chemical Engineering and to begin a career. He started again when he moved to New Hampshire in 1983 and joined the MVPO in 1984 as Bass Trombone. He worked his way up in the section to finish as Principal Trombone. He also served as President of the Orchestra from 2016 to 2021 and Librarian from 2010 to 2021. He has had to retire from the orchestra due to medical conditions but remains interested in orchestra operations. 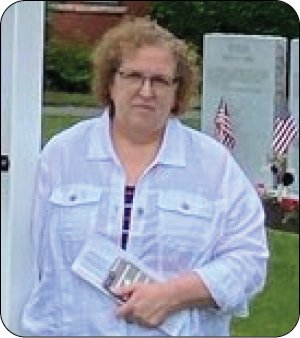 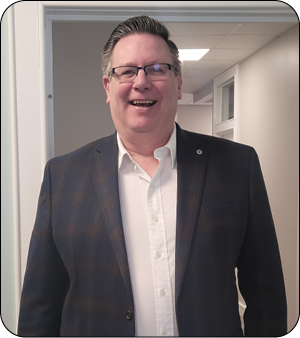 Lars is a licensed business and personal insurance advisor in Massachusetts and one of the board’s newest members. He was born and raised in Annapolis, Maryland, and played the violin from grade school through high school. Following his father’s and brother’s footsteps, he attended the University of New Hampshire, where he joined the Theta Chi Fraternity. He is a resident of Haverhill, Massachusetts, avidly involved in his community as a Board Member of the Exchange Club of Haverhill, an Ambassador for the Merrimack Valley Chamber of Commerce, and a member of the Greater Haverhill Chamber of Commerce.

While Lars loves opera and classical music, his favorite thing to do is travel to Europe with his wife, Rachel, and stepdaughter, Morgan. Lars has cousins in Sweden and likes to visit them as well, when possible. 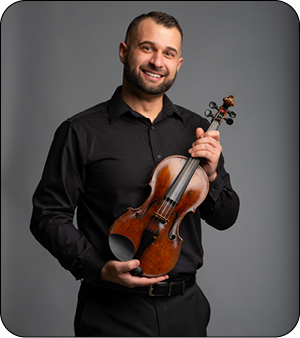 Jeffrey Rubino was born and raised in the Merrimack Valley and started playing the violin when he was 9 years old. He has preformed in charmber settings along with musical show settings before joining the Merrimack Valley Phillharmonic Orchestra in early 2022. It has been a dream of his to be a part of such a large orchestra since he was young when his parents took him to the Boston Pops.